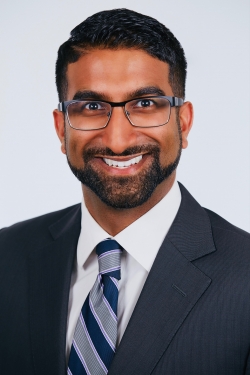 We are honored to announce the creation of the Sam Dubal Endowed Fellowship at the University of Washington. This fellowship is intended to honor Sam’s legacy; it was generously endowed by the Dubal family and over 400 donors mourning Sam’s loss after he disappeared while on a hike on Mt. Rainier in October 2020.

Professor Dubal joined the department in September 2020 after receiving a Ph.D. in Medical Anthropology in 2015 from the joint program at the University of California Berkeley (where a similar fellowship has also been established) and University of California San Francisco. He also received an M.D. from Harvard University Medical School in 2017 and completed an internship in general surgery at Harbor-UCLA Medical Center. Sam’s book, Against Humanity: Lessons from the Lord’s Resistance Army, draws from his long-term fieldwork with former rebels in northern Uganda to challenge the notion of humanity and question the organizing principles of humanitarianism. Through his prolific early publications, Sam pressed the urgent goal of addressing the underlying racism too often present in medicine, global health, and humanitarianism. He was also passionate about the politics of sports. He started his career at the University of Washington teaching a course on the Anthropology of Soccer and was developing a second research project on racialized moral judgements surrounding sports betting in sub-Saharan African and the Pacific Northwest.

Through the Sam Dubal Endowed Fellowship, the Dubal family wants to honor their son and brother’s dedication to anti-racist work. Saroj Dubal expressed how much she wants the endowed fellowship to further her son’s mission: “Sam was best son and best brother. I used to call him my sunshine. His departure has created darkness in our heart and life. One of the ways we are creating some light is to offer this scholarship to people who can reproduce Sam’s legacy, his work ethics and further his vision in equal justice in medicine and anthropology.” Sam Dubal has been a model to his own family. His father, Bharat Dubal, and his sisters, Dena and Veena Dubal expressed how much they took after him despite him being the youngest of the family. Bharat Dubal said: “From his early childhood I would ask his opinion. Sam’s decision was always in the right direction. (...) Sam’s 33 years with me was a presence of my Ancestor. I will always miss my son and ancestor-in-house.” Veena Dubal added: “Sam was not only my brother, but also my inspiration. He was five years younger than me, but someone I aspired to be like. His kind heart, modesty, and humor contrasted and complemented his brilliant mind and strong, serious commitment to radical thinking and learning. My hope is that this fellowship will help to sustain and nurture his research commitments and scholarship through generations of medical anthropologists to come.” Dena Dubal said: “Sam’s kind heart combined with a strong moral compass and a passionate mind – into a unique and beloved person that was my brother. I am blessed to have been his sister. I am also very proud that his spirit will live on in the form of radical work against racism in medicine at UW.” Professor Dubal’s colleagues and students at the UW also offered a testimony of his strong and lasting contribution to the department at the American Anthropological Association November 2020 meeting.

The fellowship will provide financial assistance to medical anthropology graduate students in the University of Washington’s Department of Anthropology who are pursuing work related to racial justice in medicine, health, or social movements. The family hopes that it will inspire recipients to become activist scholars, directly addressing racism and other forms of inequities fueling health disparities. The fellowship will be awarded yearly starting in 2022. People who want to honor the memory of Sam Dubal or further his mission are welcome to follow the giving link: https://www.washington.edu/giving/make-a-gift/?source_typ=3&source=SDENFE . Information about the Sam Dubal Endowed Fellowship, including a bibliography of Professor Dubal’s works currently being established by his family, can also be found via the departmental website “Support Us” section.