Retiring after all these years 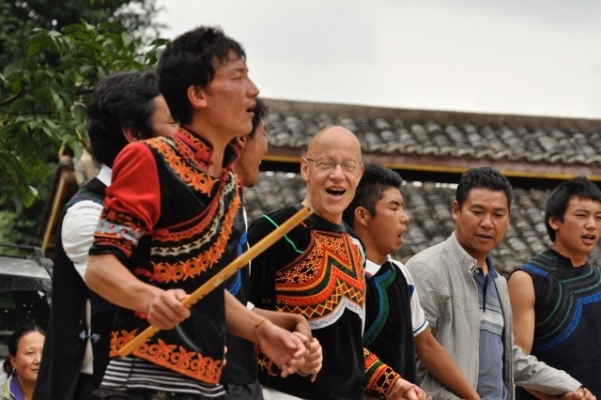 Professor Stevan Harrell has been roaming the University of Washington campus, physically and intellectually, since joining the Department of Anthropology in 1974. Professor Harrell chaired the department from 1993-99, and has held appointments as a Curator of Asian Ethnology at the Burke Museum; Professor of China Studies in the Jackson School for International Studies; and Professor in the College of Forest Resources in the School of the Environment. He is a member of several centers (including the Center for Studies in Demography and Ecology) and charity organizations (Cool Mountain Education Fund). He’s spent so much of his time at various cafés, meeting with students from all academic persuasions and pursuing research in all academic directions, that one wonders what he could possibly do next.

We are about to find out. Professor Harrell will retire from the University at the end of Spring Quarter 2017. In anticipation of Steve’s retirement, the Jackson School for International Studies – China Studies Program, held a reception for him on May 16, 2017 where Steve gave an address entitled “What is China?” A retirement conference to celebrate Steve's career and his contributions to the UW and the field of anthropology has been scheduled August 4 through 6. See the Facebook event post for details.

Professor Harrell is an engaging scholar, steady mentor, and top researcher in his field — and a fairly decent singer. His many contributions are reflected in quotes from his colleagues and students, past and present: 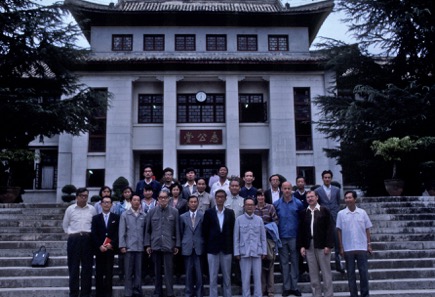 Professor Emeritus Charles Keyes recalls: “In 1986, Steve and I were members of a UW delegation who went to China with the purpose of strengthening scholarly relations between UW and several institutions in China. I was the only member of the delegation who did not speak Chinese, but Steve — with his fluent Chinese — kept me in the picture. I realized then how fortunate the UW was to have Steve on the faculty.”

Yes, we have all been extraordinarily fortunate. Steve, you will be missed!