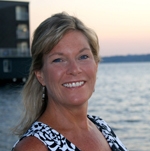 The Atlantic recently published an excellent interview with Bettina Shell Duncan, professor in the Biocultural Anthropology Program about her research of the past two decades on female genital cutting (FGC), known also as female genital mutilation or female circumcision.

Duncan recently joined a research consortium that has been awarded $13 million by the UK’s Department for International Development to study factors that contribute to continuity of FGC, as well as dynamics that lead to abandonment of the practice. Despite decades of intervention efforts aimed at accelerating abandonment of FGC, the prevalence of the practice has dropped significantly only in a small number of communities, such as among certain ethnic groups in Kenya. In most African countries where this custom is found, the practice has been stubbornly resistant to change. UNICEF estimates that over 130 million women around the world have undergone FGC, and three million girls are at risk of being cut each year. What drives the tenacious persistence of this practice, and how might intervention efforts become better at facilitating change? These are the questions that Duncan’s consortium will tackle.

Duncan originally began her research career studying nutrition and health of women and children in northern Kenya. While doing research on nutrition, some informants raised the issue of FGC as a health concern for the community. This unexpected twist of events sparked a new research direction that, since then, has become the focal point of her research career. Having conducted research in Kenya, The Gambia and Senegal, as well as serving as an academic consultant for UNICEF and WHO, she has investigated a number of issues and debates centered on FGC:  What are the health problems that arise from FGC, and what are the pros and cons of medicalizing the practice? What cultural meanings are associated with FGC, and how are these being contested within practicing communities? How does framing the issue as a human rights violation, rather than a medical issue, influence the politics of intervention? Duncan brings this research into the classroom to engage students in debates on cultural relativism vs. universalism, patriarchal oppression of women, unresolved questions of consent, and the anticipated and unanticipated effects of using legislation as a tool for social reform. She notes that students quickly come to realize that controversies surrounding the issue of FGC are nuanced and complex, without any pat answers or simple solutions.