An Anthropological View of Gender and Sexuality in China 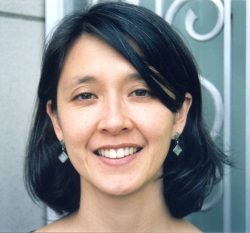 As its six cross-listings might suggest — ANTH 328 / GWSS 328 / JSIS 328 / ANTH 528 / GWSS 528 / JSIS 528 — Gender and Sexuality in China is no ordinary class. This past winter, Professor Sasha Welland set out to teach a course spanning from dynastic China up to present day, from Chinese women’s political tracts and activism in the early 1900s, to men’s writings on same-sex love and desires in early-to-mid-twentieth-century China, to gender queries posed by the contemporary photographic and installation art of former People’s Liberation Army soldier Lei Yan. Integrating academic scholarship, ethnography, memoir, film, fiction, photography, advertising, and art, the sheer diversity of materials covered in this class reinforced one of its central aims: to show students the importance of studying complex issues, like feminist movements, shifting gender roles, and conceptions of sexuality in modern China, from different perspectives.

Welland’s interdisciplinary approach challenged students to question their own conceptions of culture, gender, and sexuality through the Chinese context, while also considering the cross-cultural context of an increasingly global UW classroom. This cultural, linguistic, and experiential diversity (further compounded by mixing undergraduate and graduate perspectives) created an environment in which students helped one another to confront and think through their own preconceptions in new ways. It opened a space for students to share their respective cultural and academic backgrounds and to work together to correct misunderstandings and complicate underlying assumptions. As one student explained, “Something I found different within the course was the motivation and challenge presented, to think further even when you find yourself believing you have filled in all of the possible blanks.”

When, during the final weeks of the quarter, five feminist activists in China were arrested on the eve of International Women’s Day for their plans to protest sexual harassment, the students could place the event within a history of debates about gender liberation in China and of tensions between state and grassroots feminist activism. They could also witness the transnational coalitional forms of support that erupted after the arrests, including a local Seattle protest and feminist transnational analysis of the official crackdown in relation to Chinese women’s labor in global commodity chains.

At an end-of-quarter meeting for graduate students to discuss their thoughts on the course, they described feelings similar to those of undergraduates, of having pushed themselves to consider issues from new perspectives. The room buzzed with an excited, collaborative energy, as students brainstormed various ways this class could be structured. How might the class be different if the syllabus was chronologically reversed, beginning with contemporary issues and then pushing back into history? How could one incorporate digital humanities into the teaching to produce a timeline with wormholes between past and present, that queered normative notions of progressive time? The more deeply students discussed and debated different potential strategies for further enhancing this class, the more clear it became that it had achieved its aim and given them new analytic tools for rethinking conventional approaches to gender and sexuality studies.