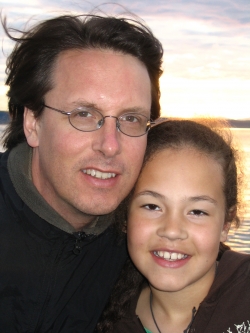 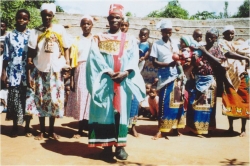 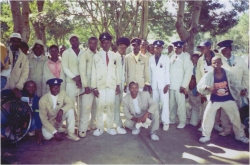 In 1990, Professor James Pfeiffer made his first trip to Mozambique, together with his wife Professor Rachel Chapman. They were part of a delegation sponsored by the Mozambique Support Network (MSN), a U.S.-based solidarity organization that sought to raise awareness about the civil war in Mozambique and to make the U.S. government end its support for the conflict. At that time, Mozambique was considered a “frontline” state in the struggle against the apartheid regime in neighboring South Africa. Back in 1975, when Mozambique gained independence from Portugal, the new government took a principled stand against apartheid. As a result, the African National Congress (Nelson Mandela’s organization) set up its headquarters in Mozambique’s capital of Maputo. The South Africans soon funded and trained an insurgency that came to be known by its Portuguese acronym, RENAMO (the Mozambique National Resistance). For over 12 years, RENAMO waged a war of “destabilization” that targeted rural communities, health workers, and teachers in an effort to undermine Mozambique’s nation-building efforts. A U.S. state department observer called the war one of the greatest holocausts against regular civilians since World War II. When apartheid ended, support for RENAMO waned and the conflict finally ended—after one million Mozambicans had died and four million refugees had fled to the neighboring countries of Malawi and Zimbabwe. During the war hundreds of health workers from the United States and Europe had gone to work in Mozambique in solidarity and many of these helped create MSN, which at one point had chapters in 25 cities in the U.S.

After this initial three-month visit in 1990, Professor Pfeiffer later met the founders of Health Alliance International (HAI) in Seattle, who were also MSN members and had worked in Mozambique as district doctors and nurses. By 1992, HAI was setting up a large public health project in the center of the country to help rebuild the Mozambique health system after the war and two HAI positions opened up. From 1993-1995, he worked for HAI in its primary health care system strengthening efforts in Manica Province, while completing his dissertation research (at UCLA) that centered on the political economy of intra-household resource allocation and child health programs. After finishing their dissertations, Professor Pfeiffer and Professor Chapman returned again for a year in 1998 to help HAI expand further and to conduct new research on community leadership and health. This new opportunity led Professor Pfeiffer to his interest in the remarkable expansion of Pentecostal and African Independent Churches in post-war Mozambique and across southern Africa. The churches attract new members through faith healing and have important influences on community attitudes toward health and health seeking. While he was an assistant professor in the Department of Anthropology at Case Western Reserve University, Professor Pfeiffer completed a new research effort on the relationship between growing social inequality in Mozambique and church expansion, with a focus on health service utilization among church members.

In 2004, Professor Pfeiffer joined the faculty of the Department for Health Services (which housed the International Health Program) in the School of Public Health at the University of Washington. He also worked with HAI, which is closely affiliated with the School of Public Health, Seattle on its Mozambique programs. He later shifted his primary appointment to the Department of Global Health after it was recently created. HAI was helping the Mozambique Ministry of Health scale-up newly available anti-retroviral treatment for HIV/AIDS and he continued research into Pentecostal church influences on their memberships’ utilization of HIV care and treatment services.

He has conducted other research on a range of issues related to strengthening primary health services, especially in the areas of reproductive health, malaria, and TB in addition to HIV/AIDS. Throughout his career working in Mozambique he has focused on ways to strengthen the Mozambique’s post-war public sector primary health care system that struggles to bring basic services to its very poor population, and to offer anthropological methods and insights to these efforts. With a new joint appointment in the Department of Anthropology, Professor Pfeiffer is excited and eager to help build bridges between the Departments of Anthropology and Global Health, and to contribute to the new Medical Anthropology and Global Health track in Anthropology. He will focus his teaching in the near future on AIDS in Africa, Anthropology and Global Health, and qualitative methods in public health. He hopes to develop collaborative intellectual and practical exchanges between Anthropology and Public Health students at the University of Washington.