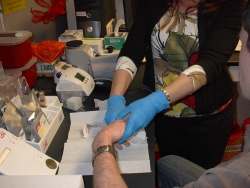 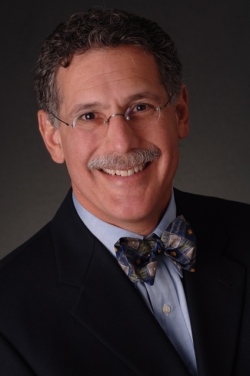 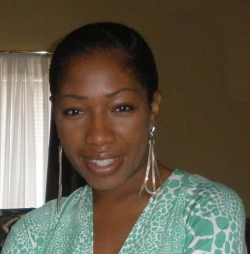 Have you ever wondered why, in every society on Earth, females live longer than males? Although researchers have uncovered partial answers to this question, which include both biological and social factors, it is not clear which are the most important or why. A new research venture based in the Department of Anthropology seeks to start putting some of those pieces together. The project, called Health Initiatives for Men – or HIM for short – is a collaborative effort involving departmental faculty, staff, students and alumni, in partnership with Premera Blue Cross, with study participants drawn from Premera’s staff. Associate Professor Kathy O’Connor, who heads the project, says, “We want to learn how men think about health, talk about health, and practice health.”

The seeds for the project were planted over a series of conversations between Kathy and Dr. Richard Pelman, a department alumnus and practicing urologist. Rich has long been interested in what does or does not bring men to see the doctor, and he knew that anthropologists would have a variety of ways of looking at the question that current researchers were missing. At the same time, Kathy’s knowledge of demographic trends and her work in biomarker health research convinced her that it would be crucial to look at the use of preventive care in the context of the whole complex set of pathways to men’s health. They also knew who else would be perfect to bring into the project – Professor Bettina Shell-Duncan, and Dr. Amy Snipes, another alum and soon to be Assistant Professor at Penn State University. Amy and Bettina specialize in ethnographic and quantitative methods in health research, and community-based work on health care. Associate Professor Steve Goodreau joined the project too, to examine how men’s social networks might influence their health behaviors. The result is an integrative study that includes everything from focus groups discussing social relations to hormonal assays.

One of the most interesting pieces of the project is where the research is taking place: in a non-descript office park in suburban Mountlake Terrace, Washington. The setting is probably about as far from the stereotypical image of an anthropologist’s “exotic” field site as one can get. It is the location of Premera Blue Cross, the project’s private partner. As Kathy says, “There have been lots of studies considering health issues for people who don’t have access to health care. But we wanted to look at men who do have access to quality care, as well as access to lots of information about the importance of preventative health and health care. It turns out that, even among these men, there is relatively low participation in health care, and we would like to know why.” For Marcia Ridley, formerly Premera’s Director of Total Rewards, and recently appointed COO of Vivacity, an independent affiliate of Premera focused on engaging employers to create and sustain a culture of worksite wellness, partnering in this project was an easy decision since one of her key responsibilities has been to build a culture of health at Premera.

At the heart of the project is the Community Advisory Board, which includes researchers and staff, but most importantly men from throughout Premera, who act as consultants to make sure that the project will connect appropriately with men and will respect their needs. According to project coordinator and anthropology graduate student Amanda Guyton: “I’ve been blown away by how excited and wonderful they’ve been. They keep coming to us with new ideas even when we don’t ask them. They seem to be totally into the project, and that makes it really rewarding for us.”

HIM is a pilot study, where the most important things to focus on for a larger study of men’s health are being worked out. The team did not decide a priori what was important to examine with respect to men’s health, but instead, began the study by asking men during interviews and focus groups what health meant to them and what issues were most important to them. Collaborator graduate student Ben Trumble says, “I was surprised at how eager the men were to talk about health and help us understand what matters to them.” The information from this phase is being used to guide the next phase, which involves a survey and collecting blood samples from a finger prick that will be assayed for a range of biomarkers. Ultimately, the study aims to create solutions to bridge the gender gap in health, and identify important areas for further research.